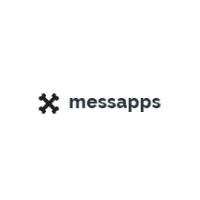 Kirill Krainov loves IT, UI/UX design and app development. Being a Digital Marketing Manager at Messapps, he works on strategies for promotion of the company. Also, Kirill believes that nothing is impossible in XXI century, especially marketing and PR for innovations, tech startups, and app developers. 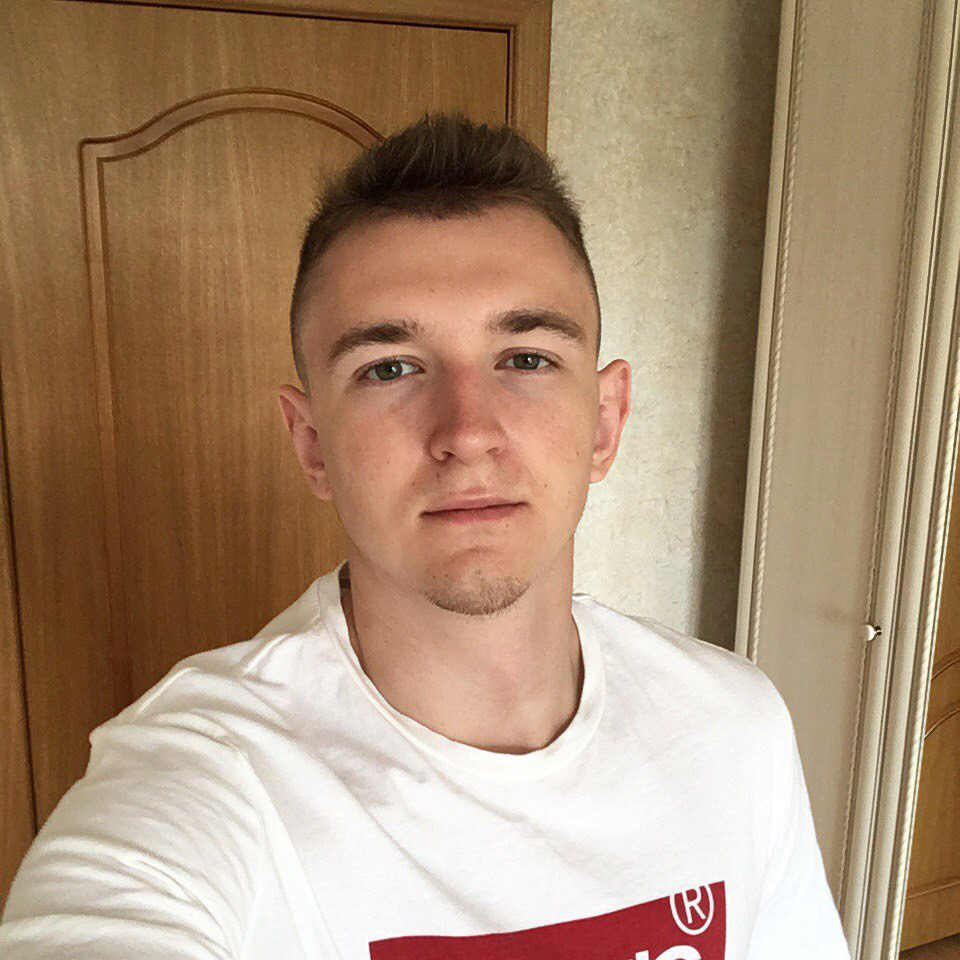 Can you give us a detailed explanation of Messapps?

Well, we are a full-service app development company. At Messapps, we create mobile and provide special services for every customer: app development, design, and marketing. After design and app development we help our customers promote their app and consult them about their way in this sphere.

Even the most groundbreaking ideas need careful planning and strategy implementation. Together with you, we’ll jump into your industry, brainstorm, and mind map your idea to develop it into a product.

Our designers know that a unique, user-friendly, and beautiful design is what makes a product successful. After designing your app, we match the best technology with iOS and Android platforms to then build the architecture of the app. It is only then that we code, making sure that the final app is flawless.

Can you share some case-studies or success stories on how well the app “UI & UX” had its impact on the success of mobile apps?

Volaloans redesigning is an excellent case study of our latest works. The customer asked us to redesign the already launched application. The problems were the app bugs and difficult user stories. The users could not understand how to use the app and make certain actions there. They faced with deal problems: to take and repay loans was difficult according to that UI. The only way was to ask the support to help them. Well, because of this, the support was overloaded. The app page in App Store got negative comments and low ranks. Some users left Volaloans. The company lost its clients forever. Looks like a nightmare, right?

When we was working on the app redesign, we reviewed all user stories and simplified them. Also, we updated the interface design and tested the new version with all new little things. The updated Volaloans app caught new users and decreased the number of complaints. Now, the app rating increases progressively. 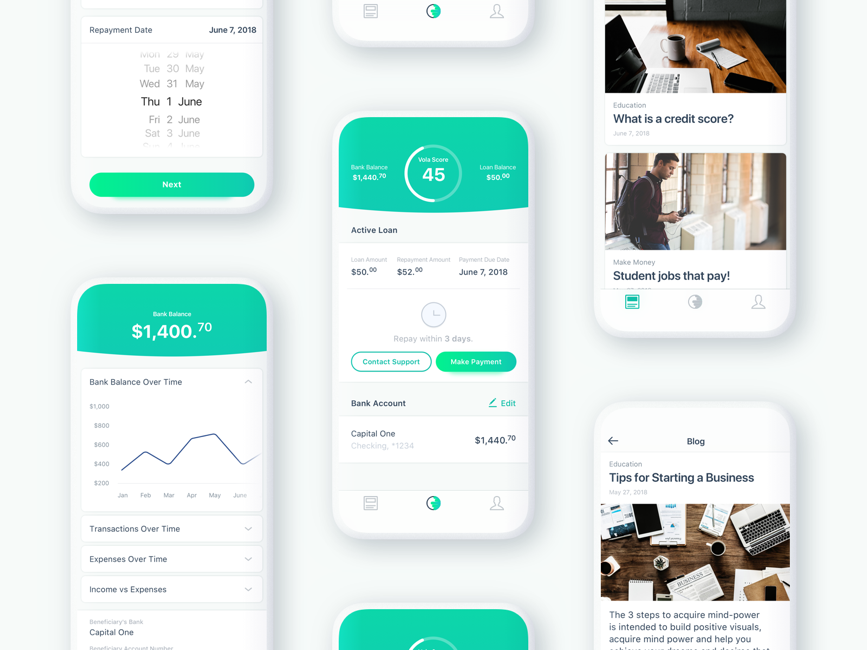 Also, our customers’ apps even got reviewed by TechCrunch, Mashable, Fox5 and Vanity Fair. They are Reefill, kind of IoT solution for water in NY and Silicon Valley, CarPo that is New Jersey carpooling, and Dragon fruit that is dating app for geeks. Let’s review one of them.

As Fox5NY said the startup businessman created the CarPo app for college students to carpool long distances together. Now the app now connects New Jersey drivers with commuters for a carpool service into New York City. Carpo solves the problem. And the app does it well. UI/UX design matters because to find a ride in Carpo is pretty easy. 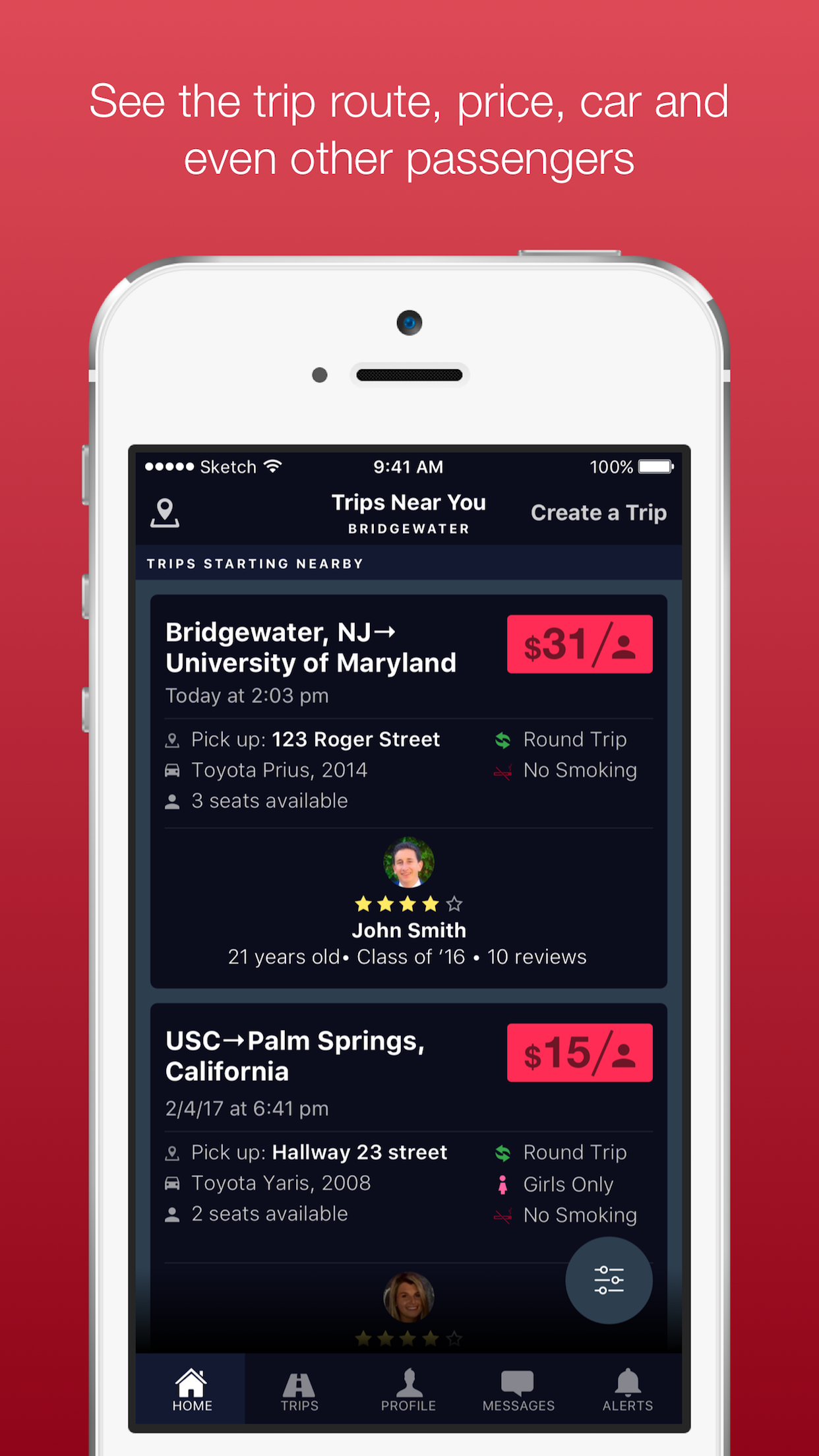 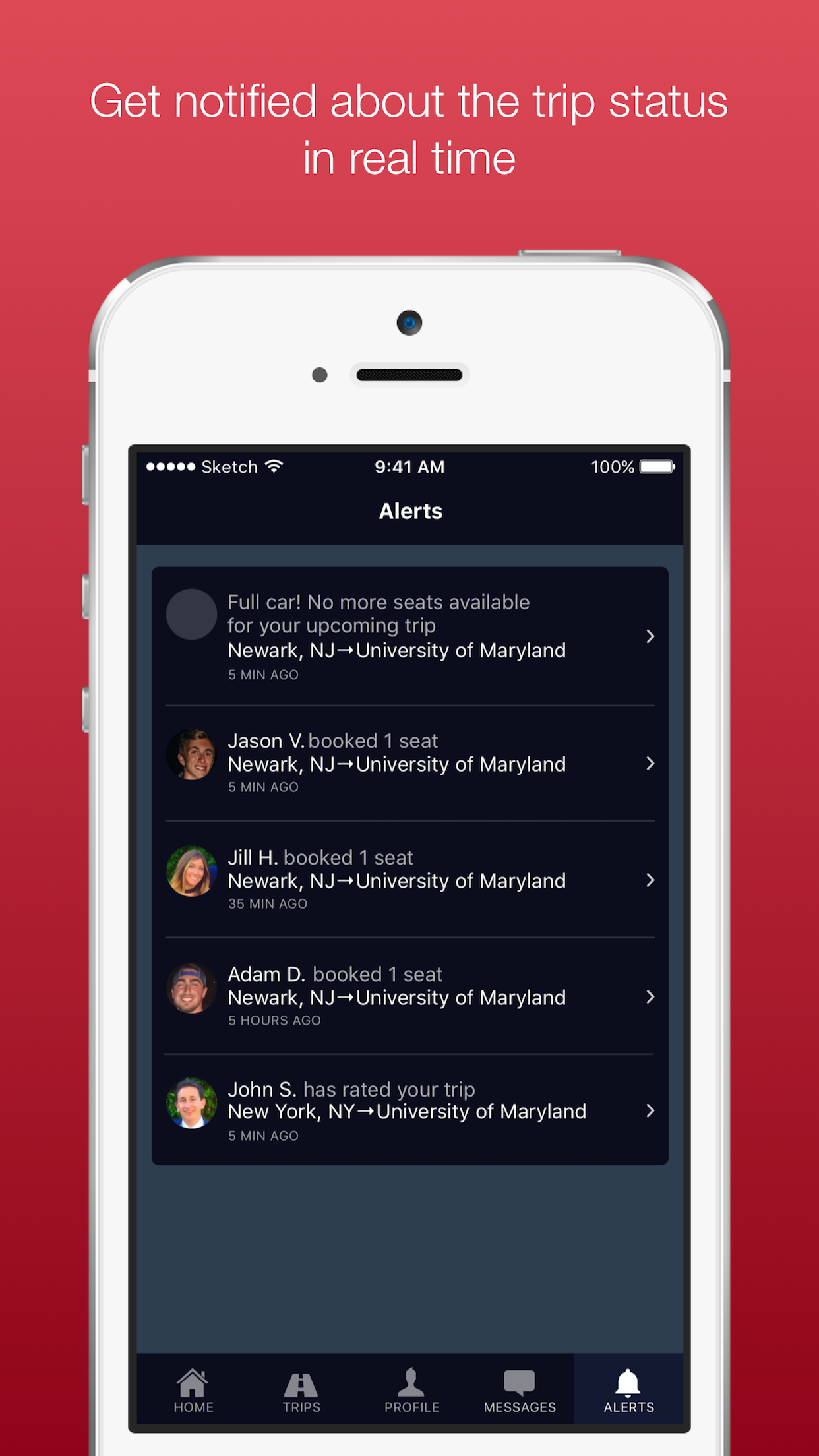 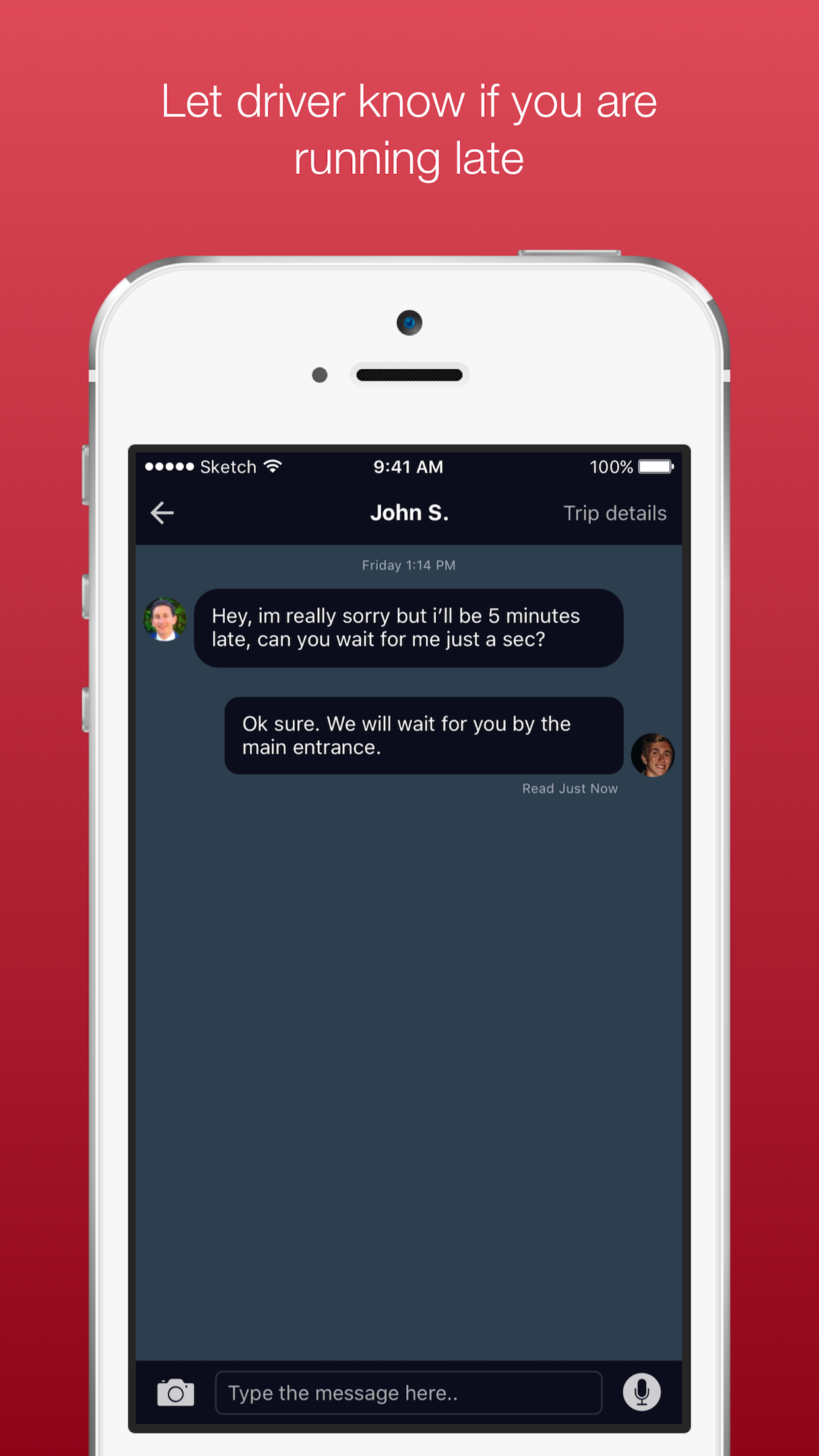 As for the design side of this app, the goal of the application was to introduce stories in a colorful format and make the interface be easy to use on the go. This called for minimalistic UI with a focus on the content.

How we achieved it? RunOn consists of cards that represent different stories. A user can initiate a running story with just two steps:

1. Find a story
2. Tap on the start button and start running! 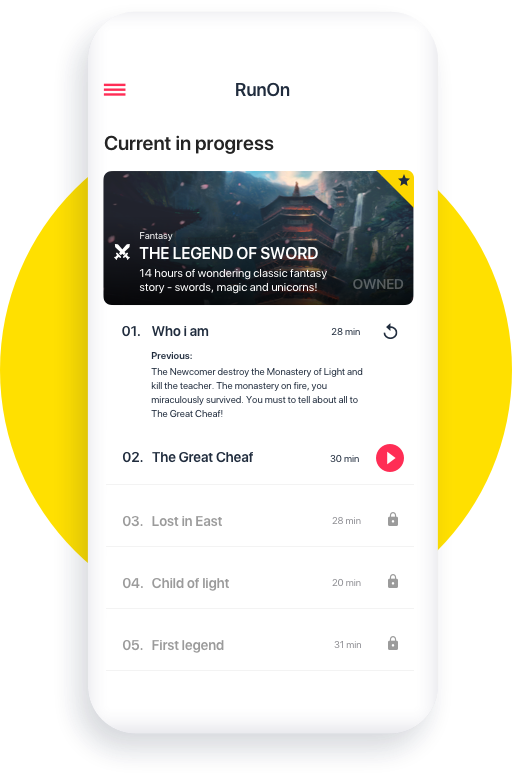 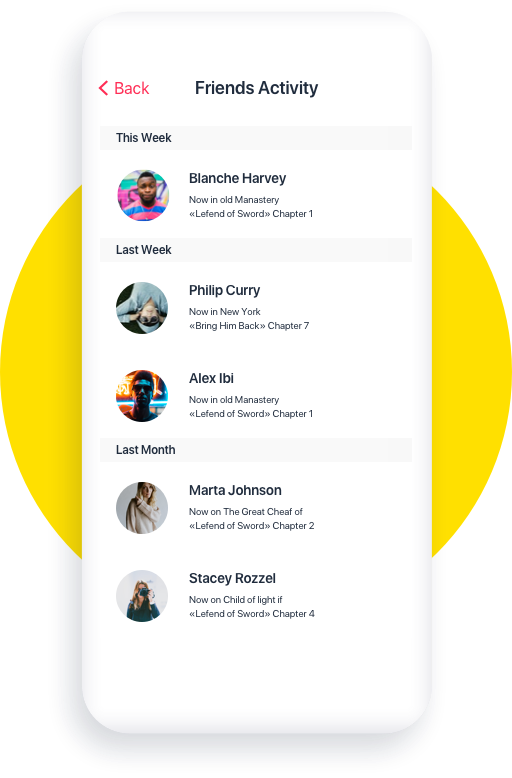 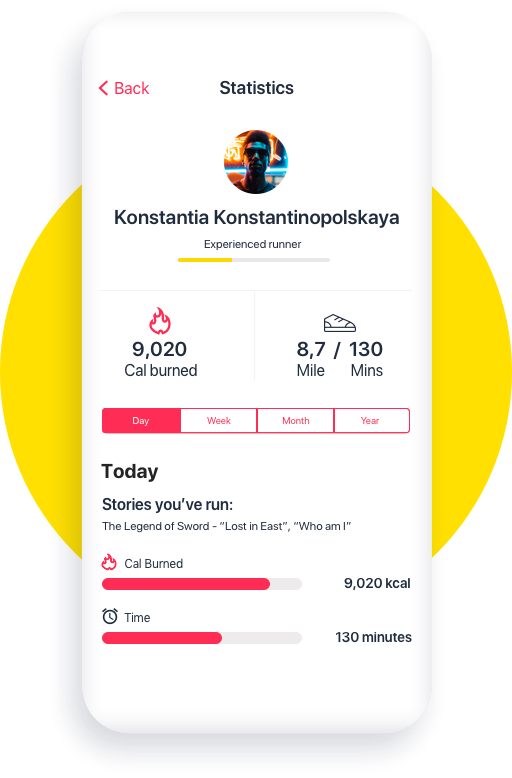 Of course, the success of any app depends on UI/UX design. Every application is a new experience for its potential users. And if the process of mastering new app goes swiftly, clear and transparently for users, they get absolutely new emotions. Providing positive emotions via your app, you do some more than just simplify somebody’s life.

We suppose that properly written code bounded with user-oriented interface design is the key to success. When creating apps, we always keep in mind we create them for people. It means we do everything for users’ comfort. In practice, these little things really matter.

Are there any color templates generally developer follow? Like, if it’s a Social Media app, people will generally think of color “Blue”

A common issue which comes up time and time again for app developers is how to implement brand colors into an interface, without running the risk of any of the above problems we’ve discussed. After all, if your client’s brand is a garish green or brown, it would hardly be a good idea to have those colors as the primary backdrop for your stylish app.

Have you ever downloaded an app which boasts such a garish color scheme, you simply give up on using it after a while out of concern for your eyes? We certainly have, and while that might be at the more extreme end of a scale, there’s no doubt about the fact that the use of color is key when caring for your user’s vision. After all, nobody wants to be struck down with a migraine before they’ve finished browsing through your interface!

The fact that certain color scheme is kinder on the eyes than others is well understood. It doesn’t take a genius to recognize that bright, bold, vivid blocks of clashing colors side by side creates an unpleasant browsing experience. And there’s no need to panic – you still can use those blocks of bright color that your client demands just as long as they’re in moderation. Don’t scream their presence from your mobile device! It’s actually been proven several times over that for apps which feature a lot of text, it’s kinder on the eyes of your users to create a darker background, with lighter colored words and figures.

Supposedly, the most ‘gentle’ combination involves a dark blue background with yellow text, but let’s face it, that sounds a bit too garish for most apps, and doesn’t really hit those professional notes well at all. Pastel themes are not only trendy right now, but they are also great for easing the eye into a world of softer colors, and grey text instead of black on white is also a fantastic alternative for those looking to be gentler on their users.

The main key to keep in mind in this regard is to simply not overcrowd your app with colors. Two or three colors throughout the app should be the absolute maximum you use, lest you create a confusing, disharmonious interface which struggles to communicate effectively.

The answer here, of course, is to use brand colors in moderation. Maybe implement them as header colors for certain pieces of text, or use subtler shades of the brand colors (for example, a very delicate green in place of a bold, striking one) in strategic parts of the interface. Also, you could consider dropping a logo or splash of color in one corner of each page, to ensure the brand gets its message across, without taking over the entire app. Ultimately, you need to use your initiative and approach the app design from the perspective of the user and you should be able to make it work.

Of course. We have a long checklist for app development process. There are fundamental parts of UI/UX. It looks like the rules of successful apps.

• Don’t use “repeated popups” for canceling or deleting something. Instead, allow users to undo their action.
• Do a research and use the best practices in case you are not sure about something.

Working on UI, we inspect every icon:

• Icons should:
• Have the same style
• Be easily distinguished between each other (avoid similar icons with the different meaning intended)
• Be exportable for iOS

If we talk about mobile apps, I think in 2019 current user stories may be diluted with animations. As we used to think, animations are aesthetical parts, but this year proved their necessity as helpful tools in UI. For example, animations allow a user to understand what stage he is on right now and how he’s got there.

Moreover, in trends, I see an active use of 3D and isometric illustrations. Of course, gradients approved by Apple and Instagram are still alive. Our designers continue to use this direction and research how we can combine it in our projects. According to Dribbble, people experiment with liquid, geometrical asymmetric figures.

And one more thing, I think micro-interactions that are used to create subtle visual effects matter, too. These are small indicators that tell the user he’s done his task right. I suppose all people want to know they do some actions in the right way. Today, micro-interactions become a new standard because the number of apps with these animated features grow. Users wish to see micro-interactions often. They bring absolutely new visual experience, doesn’t matter how small they are!