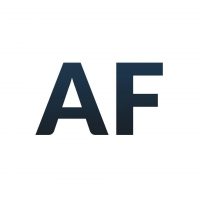 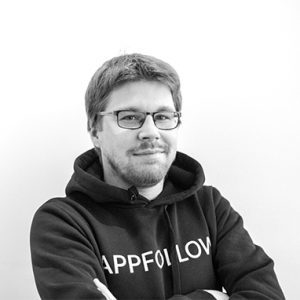 How developers can quickly boost their apps’ downloads and how to deal with featured tabs without destroying your app rating. Starting with iOS 11, Apple editors publish the lists of best apps and games and tell the stories about their developers. These unique stories attract thousands of users daily and bring app developers a flurry of impressions and new users.

App developers literally dream about getting featured, as it is the quickest way to boost app downloads and get higher ranking positions. Here is the real example of how the number of downloads increases after getting into Apple’s Today tab: These are the results of being included in the daily collection or getting the App of the Day card. We have analyzed what those apps and games have in common and found some patterns that can help you to get featured. Use these tricks not only to apply, but also to get maximum benefit from featured tabs.

What Kinds of Apps Get Featured

Apple doesn’t pick up apps randomly. As with any commercial company, Apple is interested in revenue and in creating the image of iOS as a platform with high-quality apps and games. That is why paid apps, or apps with in-app purchases, are more likely to be featured, especially if those apps have high ratings and are available for other Apple products, such as the iPad or the Apple Watch.

Another way to increase the chances of your app being featured is to make your app available not only for iPhone, but also for iPad, Apple Watch and other products featuring iOS, such as Apple Pay. This will require some extra efforts from the team, but the app availability for different Apple devices will be considered a big advantage by Apple’s editors. 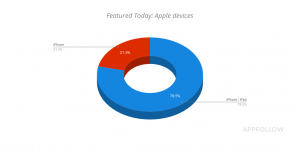 The Today tab is the same for both iPhone and iPad, which is why apps that are available for iPad are preferred by Apple, as in this way the users of both devices will see identical collections.

If your app is available only for iPhone, there is a relatively small chance of you being featured on the Today tab. At the same time, your app can be mentioned in the Apps and Games tabs, as the apps are chosen separately for iPhone and iPad on these tabs.

Why Getting Featured Can Be Dangerous

Being included in the app collections or on the App of the Day card is every developer’s dream. At the same time, though, getting featured can have a negative impact on the app’s average rating. For instance, if the game server is not ready for high loads and the game crashes, users will leave negative feedback, and a high number of downloads will convert to a high number of 1* reviews. The outcome, in this case, can be really sad: a low average rating and a decreased number of organic users.

Let’s take a look at the app, that got the App of the Day card on the 4th of July in the USA, which led to reaching TOP 50 Free overall. On the 23d of June, the app appeared in the Today collection for the first time. Instantly its position jumped up from 1,300th to 50th in Free overall. The same thing happened when the app got the App of the Day card on the 4th of July.

After that, the app quickly lost its position back to 1,000. That happened because of server connection problems and the absence of basic App Store Optimization: the app wasn’t able to keep its high positions in the charts 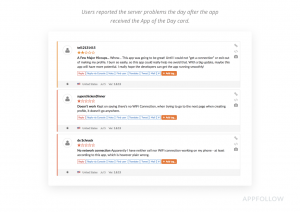 After the app got featured for the second time, its position in the chart fell lower than 200 with only a 2* rating. Because of the low rating (3* and lower), the apps lose up to 70% of potential downloads. In order to smooth out a 1* review, you need to get no less than 10 5* reviews, which is not that easy. Despite the fact that Apple has the option of resetting ratings (not reviews, though) when the new version of the app is released, the App Store’s algorithms will lower the app’s rankings when it comes to showing it in relevant search results because of the low rating.

If you want to boost your organic downloads by getting featured, we recommend that you start with basic text and graphics optimization, and only then fill out the request form.

Filling Out an Apple Featuring Request

Getting featured always seems like something unreachable; yet at the same time, pretty much anyone can get it. All you need to do is to fill in the special Apple request form and have a bit of luck. You can give information about the app itself, and also announce a new release.

The App Store has three tabs with the featured apps:

Which tab your app is going to be in is up to the Apple Review team to decide. You just need to fill out the request. We have gathered the links to the forms in this article.

When filling out the form, pay attention to the Your Story section. You don’t need to talk about the functionality of your app here. Talk about how it can improve people’s daily life and their routines; for example, how people will be happier and much calmer if they use your yoga app, or how you have come up with a completely new gameplay mechanics that are used in your game – talk more about things like that. 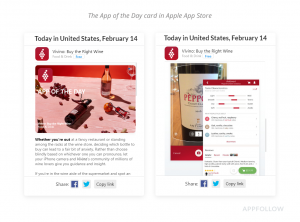 If you are lucky enough, within two weeks you will get an email from Apple with the following subject: “App Store: Promotional artwork request for …”. This email will contain the requirements for graphic materials. Usually, you have a week to upload them in the Promotional Art section in App Store Connect. Pay attention to the Apple guidelines – as if you make mistakes, your app won’t be featured.

If you have already made up your mind to fill in the request, double-check that everything works the way it should.

How to Prepare for Getting into Featured Tab

Apple will consider your request for two weeks. Meanwhile, you can use this time to get your app ready to be featured. For example, renew marketing materials (icon, screenshot, texts, preview videos) and perform load testing, so that a sudden increase in the number of users won’t affect the performance of the app.

There is also the option to find out about future featuring the day before it happens. At around 2:00 PM GMT AppFollow can send you a Slack notification or show you the upcoming featuring on the Today page. The developer will then have the time to prepare the server and support team for the new wave of users.

If you want to increase the chances of your app being featured, make sure it brings value to its users. Another copy of Flappy Bird with pixel graphics, even if it is available on Apple Watch and Homepod, probably won’t be that convincing for Apple in terms of its originality. The metrics of the app, such as performance rate, available version for tablets, and lack of abnormal app termination will also influence the editors’ decision. A good average rating (higher than 4.0) and positive reviews will also give you the edge over your competitors in the race to be placed on the main page.