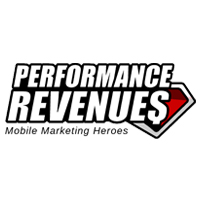 Paid User Acquisition is used by most companies, big and small, to grow their user base, climb up the store charts and reach the masses. However, navigating the paid user acquisition sea is a tricky challenge, which requires a successful strategy.

Knowing that everyone else is doing so is not a good enough reason to get started on paid user acquisition. It is definitely a good indication that it is benefiting similar companies and that there is a huge potential here, for big and small companies alike, however one must first understand the specific benefits that such an activity will have for the mobile app.

Volume is definitely a key goal. Reaching mass audience has several interrelated, yet distinct benefits. Gaining high quantities of users for your app will grow your database. This will increase the valuation of your app, enable you to perform more accurate user behavior analysis, enable you to remarket and cross market to these users, will result in more friend referrals, and will significantly impact your store ranking, which in turn, will lead to additional free users.

Quality is the other focus point. To make it even more extreme, the end-game here is not just quality on its own, rather, the real trophy is a Positive ROI (Return On Investment). Apps that are able to generate revenues which supersede the costs of acquiring these users enter a positive cycle of user acquisition, in which the more users they buy – the more profit the app generates. This is the holy grail of performance based marketing.

With ROI as our main goal in mind, we first have to clarify our definitions, and then devise a smart overall marketing strategy, followed by the right selection of traffic sources to apply it to.

Assuming you wish to reach positive ROI, we first have to define ROI = LTV / CPI (More accurately called ROAS which is Return On Ad Spend), where LTV (LifeTime Value, also commonly called ARPU) is the average revenues that your app’s users generate over their lifetime, through whatever monetization method that is in place (most commonly it is either in-app purchase and/or ads inside the app).

One more factor you should take into consideration when calculating your LTV is:

Virality Rate (VR) of your app, combined with the impact which acquisition campaigns have on store ranking.

For example, if users have an LTV of $1, but for each user you buy you get 1 free user, then the user you bought is actually worth $2. So a user’s LTV should be regarded as: LTV=ARPU+ARPU*VR.

The CPI is simply the average cost you pay to acquire a new user that installs and opens your app. This should be calculated even if you pay on CPM or CPC.

Contrary to intuition of most marketers, targeting a very precise narrow audience will end up in many lost dollars. Supply and demand is name of the game, so while targeting a very narrow audience segment can indeed lead to higher conversion rates and higher user values, it usually means paying significantly higher costs to acquire users, which in most cases does not justify the improved quality, and will result in a negative ROI as well as lost opportunities.

The most commonly used optimization method in the performance-based realm is called Blacklisting (as opposed to the Whitelisting method- explained above), which means to start wide and, based on the tracked and measured results, narrow it down to the best performing segments. This requires constant optimization which is based on the ROI of each channel and sub channel. You may imagine it as casting a wide net and gradually narrowing it down to the best performing segments, some of which would have never been guessed in advance. Eventually, the marketing manager has to reach the right matrix of the best performing segments by OS, country, traffic source and sub source, which enables the campaigns to produce a ratio of LTV > CPI.

CPC and CPM models are used by the largest networks, such as Google and Facebook. These networks offer very high volumes of traffic as well as the ability to target specific segments and transparency. However, buying traffic on CPC and CPM may results in a higher CPI and consequently a negative ROI, especially when trying to scale up campaigns.

The main benefit on CPI campaigns is the minimized risk for the advertiser as the cost per new user is guaranteed in advance, however when buying on CPI there is usually no transparency and no ability to target specific audiences.

Assuming you already have your attribution platform in place and all required marketing material, the next step is to choose the right traffic sources.

Below is a general overview of the most common channels and their respective pros and cons:

Google has several great products for mobile app user acquisition. Here is a brief overview of each product’s main advantages and disadvantages:

Google Search network: Keyword targeted user acquisition – on Google Search as well as on Google Play Store search. This channel usually gets incredible results, both in terms of CPI as well as user value. There are two main strategies you should consider for running a Google search campaign:

Brand-campaign – Targeting your own brand keywords is very efficient. For large advertisers it serves as means of blocking competitors from poaching users who look for your brand. As a small advertiser, your ASO might not be strong enough to rank you high, even for your brand keywords, which will cause you to lose top notch users looking for your app. Google’s PPC algorithm will almost always favor the real brand to the competitor, and thus greatly help in preventing user leakage. Google will charge for brand keywords exceptionally low rates, and so the effective cost per user ends up being the lowest, making it one of the must haves for any developer’s UA channel mix.

Non-Brand – This is where most of the potential resides – volumes are huge and user value is almost similar to organic traffic’s user value. This is an activity that requires ongoing optimization as cost per user tends to be higher at first and decreases over time and smart optimization. It’s not an ideal channel for a timeframe limited campaign, but it is good for an ongoing strategic activity for UA that is both stable and lucrative.

Google Display Network and AdMob- This is an ad network like all others, except that the scale is very large. The quality is fair and above, and the cost is usually favorable compared to some other networks. It does require extensive ongoing optimization.

Everything has been said about Facebook’s tools for mobile app UA, and there’s damn good reason for it. More than 70% of Facebook’s ad revenue is generated from mobile. This channel is usually highly scalable with great performance on all fronts, thanks to incomparable user targeting options, deep reliable data, high user engagement and native ad formats.

However, when trying to scale up volumes, costs per action tend to rise and traffic is actually not a bottomless pit as it may seem at first. Moreover, running campaigns on FB is extremely time consuming as it requires ongoing optimization, and extensive studio work, to avoid ad exhaustion.

RTB stands for Real Time Bidding – a method first introduced by Google in the mobile ad space. RTB is a second price auction for ad space – in real time. The inventory comes from many apps which installed a monetization SDK, which then sells its traffic through an exchange. To buy the traffic on the exchange, a media buyer will use a DSP – Demand Side Platform, which is a technology layer that enables smart buying in the exchange.

There are some differences between the available DSPs, mainly being their own costs, their optimization technology and the number of exchanges they are connected to.

The real question is what does it mean to buy on RTB?

The main benefits are the ability to get transparency, full control and relatively high quality.

The main disadvantages would be the highest costs caused by the many layers of technology involved and the high demand for this traffic. Moreover, it also requires constant smart optimization.

Ad Networks and Affiliate Networks offer distinct pros and cons. On the pros side, they offer additional inventory which is not available anywhere else, and they offer working on a different business model of CPI, which is much more convenient than the CPC and CPM models offered by all the above mentioned sources. They also offer a managed solution which means that they perform the optimization on behalf of the client, unlike the self-serve solutions mentioned above. On the cons side, these networks don’t provide transparency and some of them can be very tricky to handle (to say the least). The intricacies of how to successfully manage an ad network are broader than this article allows so to sum it up in two main points:

First, know what you can demand – get as close as possible to real performance based remuneration by adding your KPIs – a clear conversion rate goal to an in-app event, beyond the install. Then, test the waters with a small budget and limited daily caps, with multiple networks. Choose the network that can guarantee your real performance and protect your interests against fraud and low quality users.

Bottom line, the road to positive ROI is long and tricky. Navigating it requires deep understanding of the space, diligent work and choosing the right partners.

Note: Thanks to Performance Revenues for providing us with above article