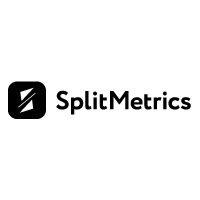 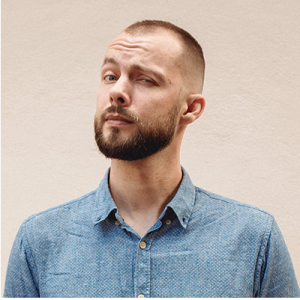 SplitMetrics is a platform for mobile marketers to A/B test and optimize app store pages for maximum conversion. They believe in design that simply works, and their mission is to empower marketers and designers to create design that converts. They bring mobile marketers solutions that are as easy and delightful to use as they are powerful in the data they provide.

Natalia Yakavenka, Сontent Marketing Manager and Ivan Artsimovich, SplitMetric’s CMO have jointly discussed on ASO, Testing and much more interesting tips and predictions on mobile marketing. Read on to have a firm grasp on the topic.

For those of us that aren’t familiar with SplitMetrics, please tell us a little more about your company and core offering.

SplitMetrics is an easy-to-use A/B testing tool for app pages on the App Store and Google Play. In addition to the regular icon/screenshot testing, it offers pre-launch experiments for unpublished apps and App Store Search Ads testing. All of these features will help you cut down your User Acquisition costs and boost organic traffic to your app, converting and engaging the users in the best way possible.

How important is the ASO in order for the app to rank highly in app stores?

When App Store Search Ads were first announced, we ran a test to determine how much traffic an app would receive if we moved it from 4th place to 1st place. The fact that the app in first place received more clicks than the one in fourth place was rather predictable. But the substantial difference in the number of those clicks was really impressive: the traffic share increased from 1% to 57%! And one of the fastest ways to rank higher is by optimizing your keywords and titles for searches. Another surprising result of this test was the fact that there were significant gaps in the performance of some apps, regardless of their positions. This proves that creative assets (icons, screenshots) affect conversion rates starting from the search. This experiment simply shows that optimizing your app page is essential: both for searches and for conversions.

How do you differentiate ASO strategies between Google Play Store & Apple App Store?

Too many developers mistakenly assume that what works for iOS will automatically work just as well for Android, and vice versa. This misconception comes about because developers see icons, screenshot galleries, app titles, descriptions, ratings and review sections both on Google Play and App Store pages. What they don’t take into account is that the layouts of these pages are actually different, and this significantly influences the way these elements engage and convert users. Moreover, user bases are innately different. For example, App Store visitors tend to explore the app page and scroll through the screenshots gallery, while Google Play users usually just focus on the elements on the page, such as the video preview and short descriptions.

Can you share any success stories via A/B testing strategies?

Conversion success is not a once-off event. It’s an ongoing process. One of our clients approached us to help them improve their app store conversion rate, which had declined due to recent rebranding. This was halted in just 3 months after the client received the results of dozens of tests. The test results helped them to pinpoint winning app store screenshots before they launched, and showed them which parts of the page don’t necessarily matter for on-page conversion. It also increased the conversion rate of the app + increased the conversion rate in all inbound funnels, as well as an increased engagement on social media.

Tips on optimizing the landing page in order to improve engagement.

Marketers must pay careful attention to optimizing their landing pages with their screenshots, as these are a pivotal point for users to further scroll along the page. The best practices of doing so is by highlighting experience instead of just showing a list of features: this can be done by rewriting captions, remastering visuals, and adding characters if it’s a game app. Try to think of App Store screenshots as advertising banners, not just snapshots of the app with overlaid text.

Predicting future is an ungrateful business, so instead of making any forecasts let’s just outline the areas that marketers need to keep an eye on:

Even though people tend to spend more time in apps, mobile sites still receive twice the traffic. Yes, mobile web experience is subpar to that of the apps, that’s why mobile sites often have lower session times and high bounce rates, but a lot of work is being done in that area. Google, for one, is putting a lot of resources into pushing the development of mobile web:

AI is everywhere – there’s hardly a tech article or a startup that doesn’t flash a machine learning aspect. And even if it’s not relevant your product at the moment it will be used in the platforms and systems that you’ll be using to promote it. So catch up on this subject (I know I need to) and here’s a great place to get started https://medium.com/machine-learnings/a-humans-guide-to-machine-learning-e179f43b67a0#.xdemamu7f

Even though it may look like the arrival of the long promised VR and AR revolution is taking a while, we already see how these technologies are changing the mobile landscape. Stories like Pokemon and MSQRD are hard to miss, so you’re probably already keeping eye on this area anyway.

Mobile ad fraud is big. Scammers raked an estimated $1 out of $20 billion of mobile ad budgets in 2015 (http://fortune.com/2015/07/23/mobile-ad-fraud/). Even if you don’t notice this – chances are you are too losing your ad money to bot networks and other types of scam. Know your enemy and follow reports from companies like comScore, Forensiq, AppsFlyer and others – to learn how you can minimize your losses.