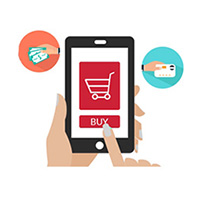 Criteo, a performance marketing technology company, says in its 2016 State of Mobile Commerce Report that the Asia Pacific region has been an mCommerce powerhouse for a few years now, driven by multiple device ownership in developed markets like Hong Kong, Japan, Singapore and Taiwan.

The report provides insight into consumers’ shopping habits and predictions for mCommerce across the region. Mobile now accounts for 60 per cent and 54 per cent of all eCommerce transactions in Taiwan and Southeast Asia respectively.

The research shows that brands can no longer ignore mobile platforms as a primary means to drive eCommerce sales.

Key findings of the research include: